For  whom is the system CK computer kinesiology designed?

The system is mainly designed for people with acute as well as chronic troubles of a locomotive system, such as pain in back and joints, locomotive system troubles, disc proplapses, a faulty body posture (scoliosis), conditions after injuries and surgeries, difficulties with breathing (asthma), gyneacological troubles, blood vessel supply („cold legs“), immunity weakness, hormonal and metabolic imbalance, fatigue, tension/strain and psychosomatic disorders and for everybody who wants to take care of his/her health and improve his/her physical condition and fitness.

How is a CK computer kinesiology system treatment implemented?

CK examination procedure is performed in the same way as procedures commonly used in rahabilitation ward in underwear because of transparent visibilty of  muscle coordination  and a spine motion.The examination is mainly  implemented in an upright position to reveal  even hidden imbalances. The necessary entry condition of examination is examined person´s  ability to stand independently uprightly  for 15 minutes at least and communicate with a therapist. The first examination usually lasts 2 hours, following checkups usually last one hour. In the course of the first examination the patient is acquainted with the examination process and its price in a written form. Furher on, the patient will state all important information about his/her state of health, mainly treated  illnesses undergone injuries and operations and the list of  currently taken medicines.  All these pieces of information are necessary for a therapist to know because some therapeutical procedures are under certain health conditions counterproductive and they must not been performed. The client confirms that he was learned and informed about all above mentioned information in a written form and he/she agrees with all followed procedures.

A test part of Computer Kinesiology system  is supplemented with a ancillary tests that can help distinguish biomechanic and other causes of a client´s troubles.

The examination begins with weighing on two bathroom scales, when a client is standing with every single leg on one piece of scales. The difference in a load of lower extremities is a very important information in the process of looking for health troubles causes. Hardly anybody stands in the way of even load of both legs. The diference in the lower extremities load to 10% of a body wieght is taken as satisfactory, but it can indicate the injury of the disburdent extremity that could have happened a long time ago. The diference in the lower extremities load can be caused by a different extremity length, a bad condition of a sole, inborn asymmetries… As long as the overload of one extremity is extreme or it takes too long, it can cause troubles even in the remote parts of our body - a back pain, headache… 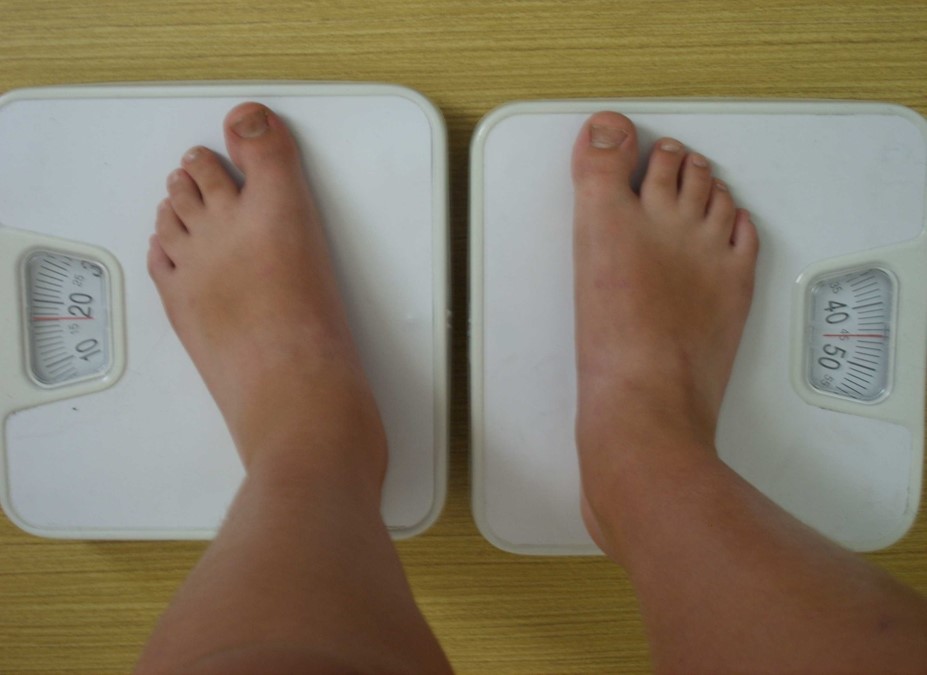 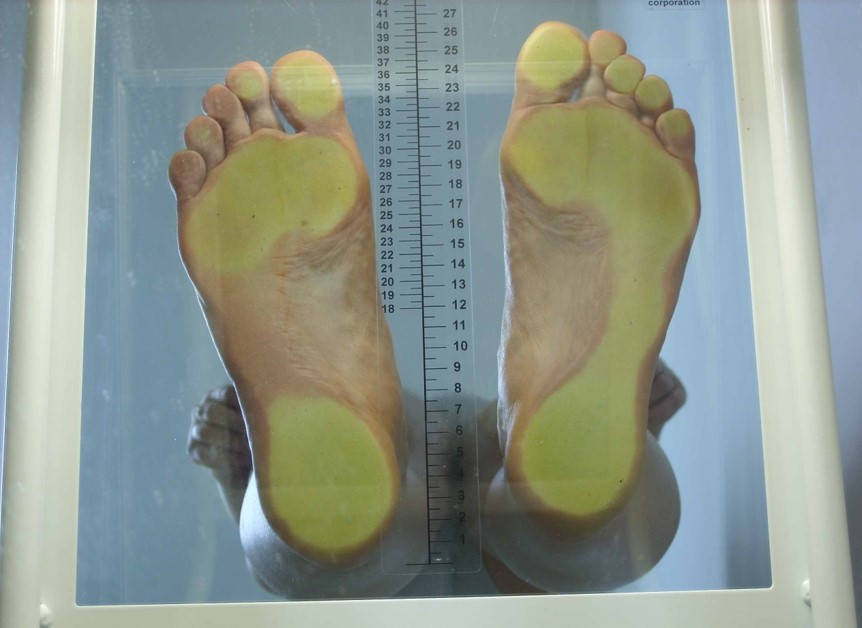 In another stage a distributed load on soles is checked and a stage of instep with a podoscop examination. In an easy form it is a special glass table and a mirror is placed on a slant underneath. The client is standing on the glass table and a footprint is visible in the mirror. As long as there is a signifiant deviation from the norm, we recommend specially made insoles in a footwear or furher  special medical examination.

Another ancillary examination is a body axis observation by means of a laser beam. The client is standing and the laser beam is projected on his/her body, this beam demonstrates a vertical axis perpendicular towards the ground (possibly horizontal). The very low output laser is used and its application is absolutely save. A vertical projected with the laser beam makes possible an objective measurement a deviation of body axes from the norm and visualise anomalies in a spine, e.g. scoliosis.

After the test Computer Kinesiology part having activated tests of active motions are displayed on a screen that are being practised by a client alone in a standing position. Particular motions must be done slowly, continuously and only in a range that do not cause pain or other troubles. The test aim is to find which motions a client can do without limits and which ones cause him troubles. The therapeutist evaluates particular motions and test results are saved in a computer program.  In a futher part pasive motions are tested when the client lies on a couch loosely and then therapist practises motions with the patient lower extremities. The results are saved in a computer program again. In the last part the therapeutist examines particular muscles with palpation and compares muscle tone and looks for sensitive places in muscles in accordance with a standard process displayed with computer. Individual test results are saved in CK system computer program. Regadless of troubles the client has come with, the whole body is always tested because it makes possible to evaluate a mutual body correlationship.
After having  processed saved data of the CK system  will display a complete series mainly about current  muscle tension imbalances and  locomotive system functional disorders including relations with organ functions, tissue quality as well as psyche. It can make possible to assume to possible causes of a patient´s health troubles. The test part final output is not a diagnosis determination, but  detection of body „critical“ places that are the cause of the patient troubles.

System CK makes possible to design an individual way of „tailor-made“ treatment in a relation to found current disbalances a functional disorderes. Likewise an every lock has got its fitted key, each dibalance has its optimal procedure to reach balance.

Treatment is mainly  implemented by means of various rehabilitation techniques (massages, vibrations, warmth application, emulsions  applications…) or with individually designed set of exercises. As far as the CK test part results detect further possible locomotive troubles apart from locomotive causes, there is a posibility of a further  lifestyle  change recommendation or other aimed clinical tests.

You can order your Computer Kinesiology treatment in some of  CK professional centres.